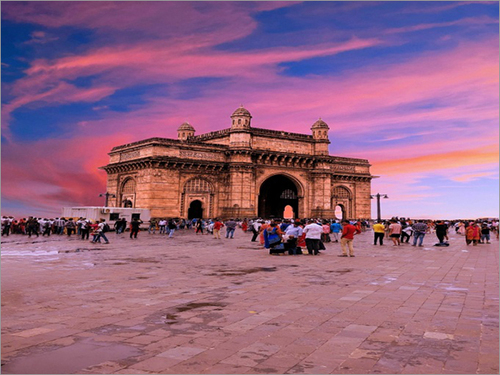 A Buddhist pilgrimage to India is no doubt a captivating and mesmerizing experience. The 14 days and 13 nights tour package takes you to a spiritual journey where every destination has its own significance associated with life and teachings of Lord Buddha. Be it the monasteries of Sanchi or Buddhist caves of Ajanta, magnificent Mahabodhi Temple in Bodhgaya or the beautiful Nirvana Temple of Kushinagar, every place offers a glimpse of glorious legacy and history of Buddhism in India. These architectural splendors are great testimonial of the preaching and philosophies of Lord Buddha. Our package transports you to all these alluring spectacles to experience absolute enlightenment and inspiration.

Upon arrival at Mumbai International airport meet with our representative at the airport arrival lounge. After meet and greet at airport transfer to the hotel. If time permit we will go for a half day city sightseeing tour of Mumbai depened on flight arrival time,. Dinner and overnight stay in Mumbai.

After fresh-n-up we will proceed for an excursion to Ellora caves. The caves are over 2000 years old and consist of temples and monasteries hewn from rocks by Buddhist, Hindu and Jain monks and craftsmen, Later in the afternoon enjoy a half day city tour of Aurangabad, visiting the Mini Taj, built by Azam Shah in 1678, the Bibi Ka Maqbara is a son’s loving tribute to the memory of his mother, Begum Rabia Durrani, the queen of the Mughal emperor Aurangzeb. Later return to the hotel for dinner and overnight stay.

Morning after an early breakfast we will proceed to visit Ajanta Caves - they are cut from the volcanic lavas of the Deccan trap in a steep crescent - shaped hillside in a forested ravine of the sahyadri hills, These caves are older than those at Ellora consisting of 24 monasteries and temples hewn out of solid rack. The wall paintings and frescoes of these caves are a wealth of colors, Proceed to Civic - cum - Cultural Complex, a gallery of local art and crafts and shopping complex. (Ajanta caves is closed on Monday).
After visit transfer to the Jalgaon railway station to board the train for Bhopal. Upon arrival at Bhopal railway station meet with our representative and transfer to the hotel. Overnight stay at hotel.

Today we will have an excursion to Bhimbetka & Sanchi. In Bhimbetka about 700 rock shelters belonging to the Neolithic age, have been discovered. Over 500 caves have paintings of pre-historic man, 68 kms from Bhopal.

Sanchi has the distinction of having the finest specimens of almost all Buddhist architectural forms, Stupa, Chaitya, Temples and Monasteries dating from 3rd century BC. Visit the Stupas with circular domes and railings around them; Ashoka Pillar, Gupta temple built in the 4th century and the Great Bowl carved of one piece of stone. The museum displays number of sculptures found in the area.


Later we will return to Bhopal and transfer to the railway station to board an overnight sleeper train for Agra. Overnight stay on board.

Upon arrival at Agra railway station meets with our representative and transfer to the hotel. After fresh-n-up we will visit the famous Taj Mahal built by Mughal Emperor Shah Jahan as a memorial to his queen Mumtaz Mahal, made out of white marble took 22 years to complete (1630-1652 AD).
Later visit to Agra fort. Built principally as a military establishment by Akbar in 1565, the red sandstone Agra fort was partially converted into a palace during Shah Jahan's time. Though the principal structure was built by Akbar.
Later in the evening transfer to the railway station to board the overnight sleeper train for Varanasi. Overnight stay on board.

Upon arrival at Varanasi railway station meet with our representative and transfer to the hotel. After fresh-n-up we will have an excursion to Sarnath. It enjoys the extraordinary privilege of Lord Buddha delivering his first sermon after attaining enlightenment 2500 years ago. It is about 10 km from Varanasi and holds a number of Buddhist sites that include the famous Dhamekh Stupa, the seat of the holy 'Buddha'. You can also visit the ruins of Dharmarajika Stupa and Mulagandhakuti Temple, where Lord Buddha is said to have rested and meditated while in Sarnath. The Ashoka Pillar built by the emperor Ashoka is a must see in Sarnath.
Later return to Varanasi and transfer to the river ghat for aarti darshan. After visit return to the hotel for dinner and overnight stay.

Early morning proceed on a boat tour on River Ganges visiting all the bathing ghats. Return to hotel for breakfast.
After breakfast we will leave for Bodhgaya. Upon reaching transfer to the hotel. Dinner and overnight stay at hotel.

After breakfast full day visit to Bodhgaya and Gaya. We will be visiting The Mahabodhi Temple, Bodhi Tree, Great Buddha Statue, Niranjana River, Sujata Temple
And lots of other significant temples.

After breakfast we will have an excursion to Rajgir and Nalanda.
First we will visit to Rajgir. Lord Buddha spent many months of retreat during the rainy season here, and use to meditate and preach on Gridhakuta, the "Hill of the Vultures". Lord Mahavir spent 14 years of his life at Rajgir and nalanda. It was in Rajgir that Lord Buddha delivered some of his famous sermons and converted king Bimbisarth of the Magadha Kingdom and countless others to his creed. Here we will visit the monastery of Venuvana Vihar built by King Bimbisara for LordBuddha to reside. This was the King's first offering to Lord Buddha.

Today we will leave for Kushinagar via Vaishali. Vaishali mentioned in the Ramayana and in the Buddhist literature, is reputed as the birthplace of Lord Mahavira and the capital of Lichchavis from early times. It was the scene of the Second Buddhist council held about a hundred years Lord Buddha's death. According to the historians, Vaishali is one of the first democratic republics of the world. A recent excavation has brought Vaishali in the limelight and the historical and archaeological importance of the area has resurfaced. In Vaishali we will be visiting Ashoka Pillar, Buddha stupa and Shanti stupa.

Later drive to Kushinagar. Upon arrival check into the hotel. Dinner and overnight stay at hotel.

Morning after breakfast we will set of for a visit to the monuments of Kushinagar visiting Nirvana Temple and Ramabhar Stupa.Later in the afternoon drive to Lumbini, overnight in Lumbini

Breakfast at Hotel then visit Birth Place of Lord Buddha and Maya devi Temple, After pray back to hotel for lunch, After Lunch drive to Sravasti, on arrival check in Hotel, Dinner and overnight in Hotel at Sravasti.

Day 13: Sravasti - Lucknow - DelhiAfter breakfast we will have a visit to Sravasti, the capital of the ancient kingdom of Kosala, has the honour for sheltering Buddha for 24 rainy seasons in the Jetavana Gardens. It is sacred to Buddhists because it is here that Lord Buddha performed the Tirthika heretics.
In Sravasti we will visit Jetavana and Ananda Bodhi Tree.

Later we will drive to Lucknow. Upon reaching we will transfer to the airport to board the flight for Delhi. Upon arrival at Delhi airport meet with our representative and transfer to the hotel. Dinner and overnight stay at hotel.

Today we will go for a full day guided city sightseeing tour of Old and New Delhi. First we will visit Old Delhi, the 17th century walled city of Shah Jahanabad, Visiting the great Jama Masjid built in the year 1656 AD by the Mughal Emperor Shah Jahan, and it is the largest & best known mosque in India. Later we walk down or take a rickshaw ride through Chandni Chowk, the old marketplace of Shah Jahanabad now a picturesque bazaar to reach Red Fort, built in the year 1648 by Shah Jahan.

In the afternoon visit New Delhi, we will visit Raj Ghat, memorial to the Father of the Nation, Mahatma Gandhi. It is a simple black marble platform that marks the spot of his cremation on 31 January 1948. Further we drive past India Gate, memorial built in the year 1931 to commemorate the Indian soldiers who died in the World War I & the Afghan Wars. The names of the soldiers who died in these wars are inscribed on the walls. President's House, the official residence of the President of India, built in the year 1931. Until 1950 it was known as Viceroy's House & served as the residence of the Governor-General of British India.

In the evening return to hotel for dinner and overnight stay.

Transfer to the international airport to board the flight for onward destination. 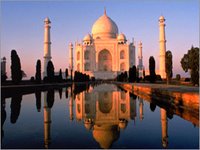 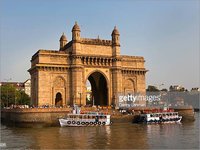 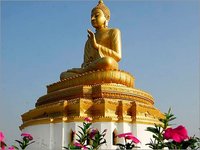 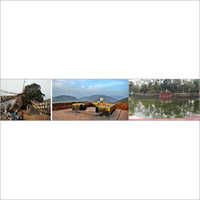 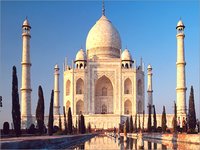 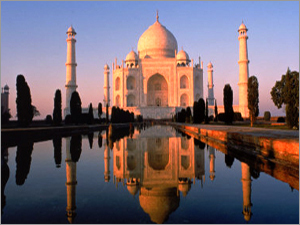 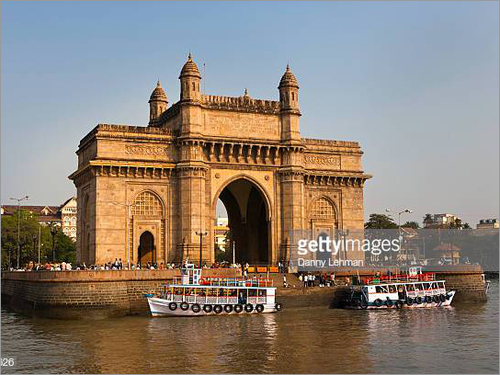 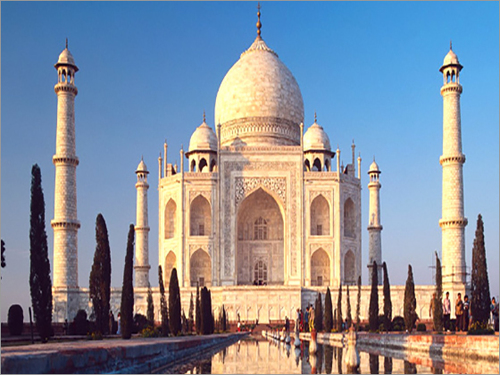